The role and importance of the alluvial plains of South West Asia in the development of the earliest agricultural and urban societies and the earliest empires has yet to be thoroughly established. Have specific features of these settings a key role to play in such developments? In addition alluvial environments are generally acknowledged as among the most dynamic. They offer a unique opportunity to study settlement responses to dynamic environments. By establishing the nature of settlement developments on the Konya plain we can address these questions. In addition we can put the site of Çatalhöyük in its historical and contemporary context.

Liverpool University have been conducting an archaeological survey of the Konya plain in south central Anatolia, around the famous Neolithic site of Çatalhöyük, since 1995.

There are other historical questions of some interest that the survey can help address. What sort of importance did such potentially rich agricultural settings have in the Hittite empire, the Konya plain possibly being part of the 'Lower lands'. How did settlement develop during the politically fragmented Iron Age? What affect did Hellenistic, Roman, Byzantine and Ottoman empires have upon settlement in the plain.

In 1997 a second Epipalaeolithic period occupation was documented within the survey area further attesting to the activity of such communities within this area pre-8000 BC calibrated.

Several smaller Neolithic sites exist in this part of the plain around Çatalhöyük. Where size information is available they are much smaller than Çatalhöyük. Clear differentiation in the nature of communities is indicated. The possibility that Çatalhöyük served as some sort of 'centre' for such sites is at least feasible. This pattern and indeed site locations continue unaltered into the Early Chalcolithic, with the large site of Çatalhöyük West contrasting with a number of much smaller sites, but there is a clear increase in site frequency.

A major change would appear to mark the Late Chalcolithic when the alluvial fan is occupied by a swathe of small sites up to 3 hectares in area and there is no evidence for a significantly larger site.

The massive increase in frequency of sites and appearance of a classic rank size hierarchy of settlements indicates the development of urbanism in the area c. 3000 BC. Whilst the aggregate site area for the fan in the Neolithic and Chalcolithic periods is relatively constant, suggesting only low scale fluctuations in population, the increase in site area in the Early Bronze I-II periods is massive. This clearly indicates that population increase had a direct role to play in emergent urbanism on the plain. These suggest that the relationships between subsidiary settlements and centres were governed by administrative considerations.

Settlements virtually disappear from this area in the late third and are very scarce in the second millennium BC. The very absence of a dense 'rural peasantry' in this area of the Hittite empire is an interesting insight and invites scrutiny of comparable settings within 'Hittite' Anatolia.

Whilst the second millennium BC appears to be one of transition to that of the Iron Age in terms of the settings of sites settlements only reappear in numbers in the late Iron Age. A number of contemporary clusters of small sites can be documented in this period.

The Hellenistic period, contrary to previous perceptions, is characterized by a dense distribution of what are presumably small sedentary agricultural villages packed on the fan, spaced every 2-3 kms. A significant number of these suggest continuity with the Iron Age settlement pattern. We may now be able to date these developments more precisely because of the recovery of a number of coins of these periods. 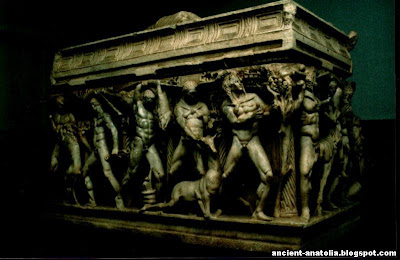 In 1997 a number of Selcuk-Ottoman period sites were recovered, many were small and located away from tell situations. We may be beginning to define the nature of settlement at these periods more clearly.

Dramatic fluctuations in the demography and structure of settlement on the plain are apparent. The evidence is such we will be able address questions of the role of communities using the plain in the appearance of sedentism, agricultural villages, urban communities and early empires. We will be able to define the economic, political and social factors that may have had a role in the nature of settlement structure at different periods.