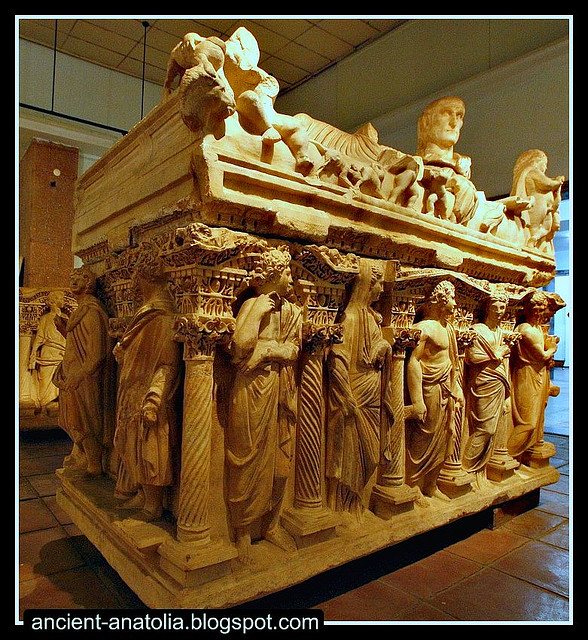 
Sidamara was an ancient city in Asia Minor, now in the province of Konya in Turkey, on the road between Karaman and Eregli.

The sarcophagi of the type Sidamara in Roman sarcophagi were figured to architectural framework in which the figures are separated by carved columns and placed in small kiosks depicted in the background. The kiosks are crowned by pediments or strings and are often covered by a ceiling decorated a half shell.

The type spread between II and III century AD. It takes its name from the sarcophagus of Sidamara (III century AD), preserved in the Museum of Archeology in Istanbul.