At the Ancient Xanthos City of Lycia 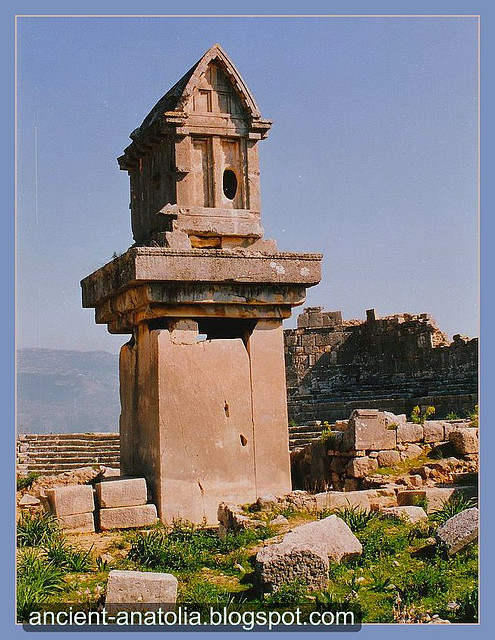 Xanthos was the name of a city in ancient Lycia, and of the river on which the city is situated. The Hittite and Luwian name of the city is given as Arinna like Lycian origin. Xanthos was a center of culture and commerce for the Lycians.

Xanthus is mentioned by numerous ancient Greek and Roman writers. Strabo notes Xanthos as the largest city in Lycia. Both Herodotus and Appian describe the conquest of the city by Harpagus on behalf of the Persian Empire, in approximately 540 BC. According to Heredotus, the Persians met and defeated a small Lycian army in the flatlands to the north of the city. After the encounter, the Lycians retreated into the city which was besieged by Hapargus. The entire Lycian population of Xanthos perished but for 80 families who were absent during the fighting.

Later Persians, Macedonians, Greeks, and Romans in turn conquered the city and occupied the adjacent territory.