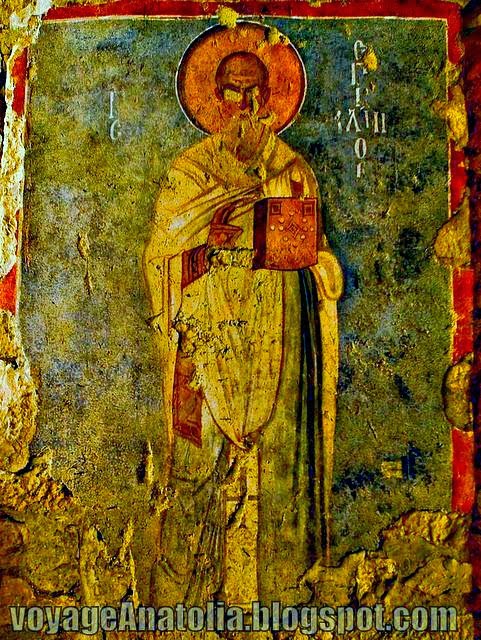 Saint Nicholas is the common name for Nicholas of Myra, a saint and Bishop of Myra in Lycia, part of modern-day Turkey, lived between 270 - 6 December 346. He had a reputation for secret gift-giving, such as putting coins in the shoes of those who left them out for him, and thus became the model for Santa Claus. Because of the many miracles attributed to his intercession, he is also known as Nicholas the Wonderworker. His reputation evolved among the faithful, as is common for early Christian saints.

In 1863, Tsar Alexander II of Russia purchased the building and began restoration, but the work was never finished. In 1963 the eastern and southern sides of the church were excavated. In 1968 the former tomb of St. Nicholas was roofed over.