Juliopolis was a titular see in the province of Bithynia Secunda, suffragan of Nicaea. The city was founded under the Emperor Augustus by a robber chieftain named Cleon, who was a native of the region; previously it had been called Gordoucome. Its ruins are about six miles SSE of Çayırhan, and about three miles north of the Sangarius River (Sakarya) near Ankara.

According to ancient authors (Herodotus, Xenophon, Strabo, etc.), the Bithynians were an immigrant Thracian tribe. The existence of a tribe called Thyni in Thrace is well established, and the two cognate tribes of the Thyni and Bithyni appear to have settled simultaneously in the adjoining parts of Asia, where they expelled or subdued the Mysians, Caucones and other minor tribes, the Mariandyni maintaining themselves in the northeast. Herodotus mentions that the tribe Thyni and Bithyni as existing side by side; but ultimately the latter must have become the more important, as they gave their name to the country. They were incorporated by king Croesus within the Lydian monarchy, with which they fell under the dominion of Persia (546 BC), and were included in the satrapy of Phrygia, which comprised all the countries up to the Dardanelles and Bosporus.

Juliopolis is thought to be under the dam lake of Hasan Polatkan. Necropolis on the surrounding hills are being excavated by an archaeological team of Museum of Anatolian Civilizations at Ankara.

Cleon of Gordiucome, or Cleon the Mysian, was a 1st century BC brigand-king in Asia Minor. 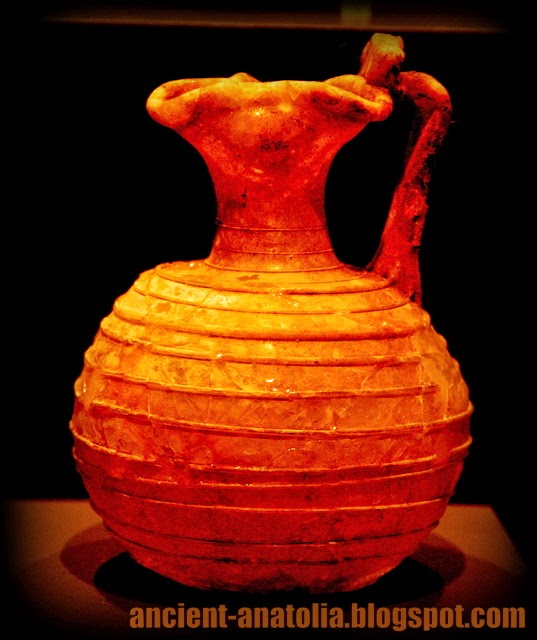 Cleon made a reputation for himself with robbery and marauding warfare in and around Olmypus, long occupying the fortress called by ancient geographers Callydium (Strabo) or Calydnium (Eustathius). He at first courted the favor of Mark Antony, and was awarded a good deal of land in exchange. In 40 BC Cleon's forces harried an invading body of Parthians led by Labienus.

Around the time of the Battle of Actium in 31 BC, Cleon switched sides to that of Augustus. In exchange for services rendered in the wars against Mark Antony, Augustus appointed Cleon the priest of the goddess Bellona in the temple-state of Comana and sovereign, therefore, of the surround­ing country. Cleon added what he had been given by Augustus to what he had received from Mark Antony and styled himself a dynast. Under Augustus he also founded the city of Juliopolis out of the town of his birth, Gordiucome (Gordoucome). Strabo mentions that Cleon was a priest of Jupiter Abrettenus, and ruler of Morene, a region of Mysia noticed by no other writer.

Cleon's rule was unsuccessful and exceedingly brief; he died only one month after his appointment. In contemporary accounts, it was written that Cleon died because he ignored a taboo against eating pork in the temple precinct of Bellona.

It is sometimes recorded that Cleon succeeded Lycomedes as ruler of Comana after the very brief reign of Medeius. Strabo suggests that Medeius and Cleon are different names for the same person, the former being the Greek name, the latter the native one. Cleon was in any case succeeded by Dyteutus.