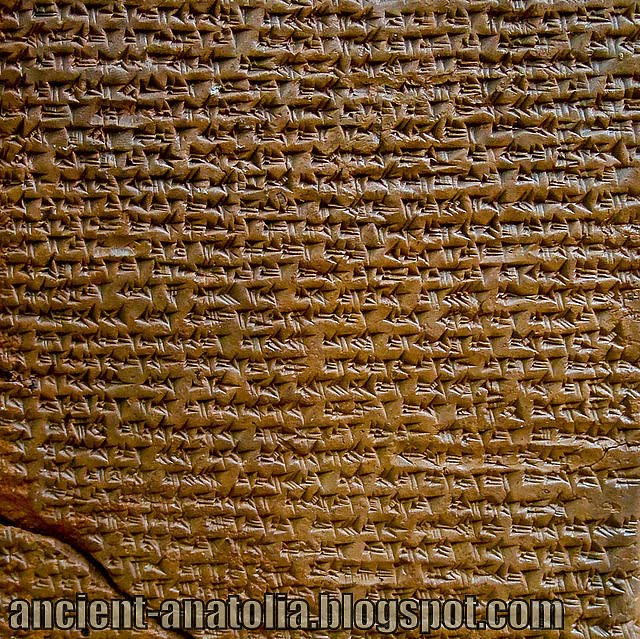 Letter from thousands of years ago:

Hittite cuneiform is the implementation of cuneiform script used in writing the Hittite language. The surviving corpus of Hittite texts is preserved in cuneiform on clay tablets dates to the 2nd millennium BC (roughly spanning the 17th to 12th centuries).

The development of cuneiform writing was an evolution of an earlier Mesopotamian accounting system that had been used for five thousand years before. Clay tokens had been used for some form of record-keeping in Mesopotamia since as early as 8,000 BC. Cuneiform documents were written on clay tablets, by means of a reed stylus. The impressions left by the stylus were wedge shaped, thus giving rise to the name cuneiform ("wedge shaped," from the Latin cuneus, meaning "wedge").

The original Sumerian script was adapted for the writing of the Akkadian, Eblaite, Elamite, Hittite, Luwian, Hattic, Hurrian, and Urartian languages, and it inspired the Ugaritic and Old Persian alphabets. Cuneiform writing was gradually replaced by the Aramaic alphabet during the Neo-Assyrian Empire, and by the second century of the Common Era, the script had become extinct.