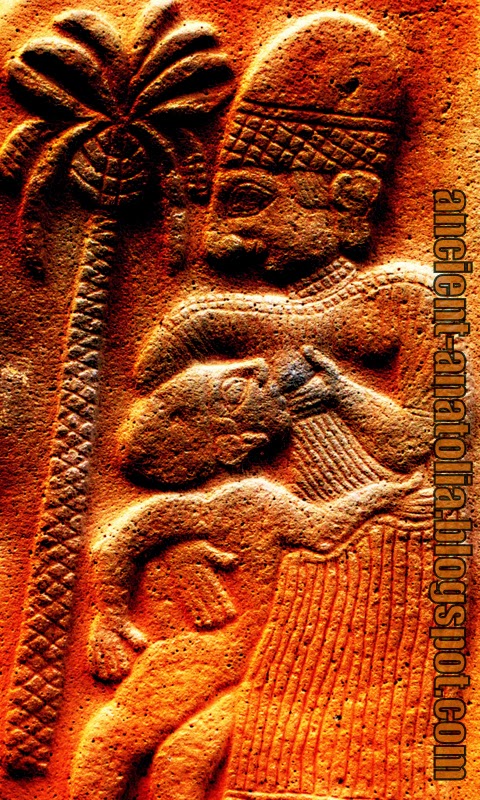 Karatepe is a late Hittite fortress and open air museum in Osmaniye Province in southern Turkey lying at a distance of about 23 km. from the district center of Kadirli. It is sited in the Taurus Mountains, on the right bank of the Ceyhan River, in Karatepe-Arslantaş National Park. Karatepe is Turkish for "Black Hill", Hittite: Azatiwataya.

The place was an ancient city of Cilicia, which controlled a passage from eastern Anatolia to the north Syrian plain. It became an important Neo-Hittite center after the collapse of the Hittite Empire in the late 12th century BCE. Relics found here include vast historic tablets, statues and ruins, even two monumental gates with reliefs on the sills depicting hunting and warring and a boat with oars; pillars of lions and sphinxes flank the gates.

According to a 2010 ZDF documentary featuring the writer and translator Raoul Schrott, the fortress and surrounding landscape at Karatepe significantly match Homer's descriptions of Troy in the Iliad. According to this theory, Homer may have used his knowledge of the legend of Troy and combined it into historical fiction, using his own experiences and access to writings as a scribe in the service of the Assyrians in Karatepe. 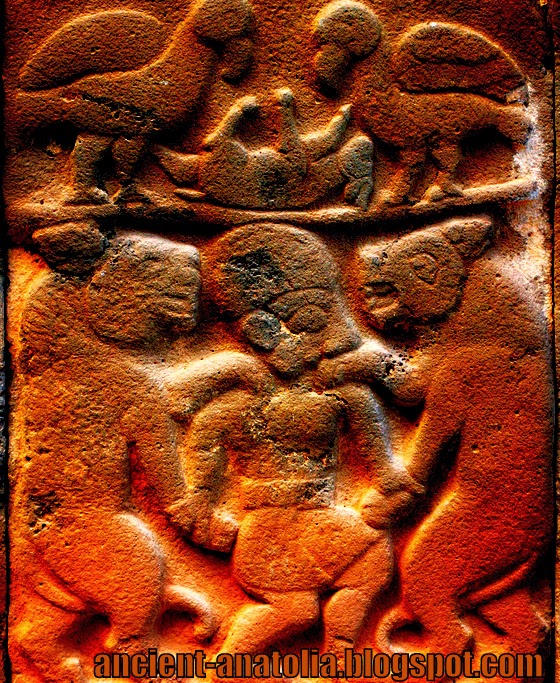 After the site was discovered in 1946, Karatepe was excavated from 1947 to 1957 by a team led by Helmuth Theodor Bossert, revealing the ruins of the walled city of king Azatiwataš.  Restoration work was then carried on for many years, which included some further soundings. In the late 1990s, archaeological work, now led by Halet Çambel, was conducted on a palace at the site.

In the 2004 exploration of Mars, John Grotzinger of MIT, a science team member, gave the name "Karatepe" to a site designated for entering the Endurance crater to investigate the layering of the bedrock. After arriving at the crater, Opportunity rover performed a survey of the crater to plan the further steps in exploring the local geology. Site "Karatepe" was chosen to enter the crater and investigate the layering of the bedrock.