Hittite Tree of Life at Karatepe 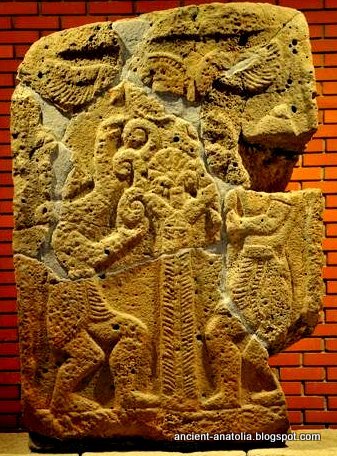 The concept of a tree of life has been used in science, religion, philosophy, and mythology. A tree of life is a common motif in various world theologies, mythologies, and philosophies. It alludes to the interconnection of all life on our planet and serves as a metaphor for common descent in the evolutionary sense. The term tree of life may also be used as a synonym for sacred tree.

The tree of knowledge, connecting to heaven and the underworld, and the tree of life, connecting all forms of creation, are both forms of the world tree or cosmic tree, and are portrayed in various religions and philosophies as the same tree.

The tree of life is a metaphor used to describe the relationships between organisms, both living and extinct. It was employed by Charles Darwin to express the concept of the branching divergence of varieties and then species in a process of common descent from ancestors. Ernst Haeckel coined the term phylogeny for the evolutionary relationships of species through time, and went further than Darwin in proposing phylogenic histories of life. The modern development of this idea is called the phylogenetic tree.

In the 2009 film Avatar, the Na'vi live in Hometree, the spiritual and physical home of the tribe; over 300 meters tall, Hometree is connected with all the other plant life of Pandora through a neural-like network. They revere the Tree of Souls, which is also connected with all other living things...