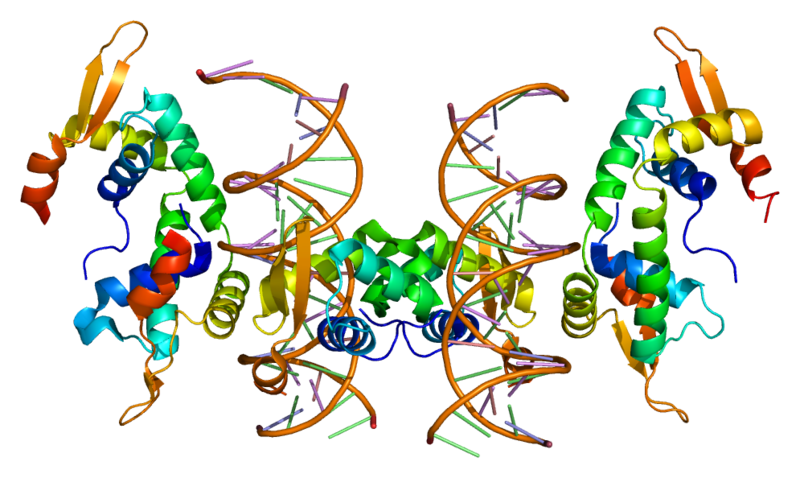 The Proto-Human language is the hypothetical ancestor of all the world's languages, between 200,000 years ago, the age of Homo sapiens, and 50,000 years ago, the age of behavioral modernity at which Homo sapiens began to demonstrate an ability to use complex symbolic thought and express cultural creativity. These developments are often thought to be associated with the origin of language.

One theory holds that modern human behavior is the result of the gradual accumulation of knowledge, skills and culture occurring over hundreds of thousands of years of human evolution.

Another theory holds that behavioral modernity occurred as a sudden event some 50 kya (50,000 years ago) in prehistory, possibly as a result of a major genetic mutation or as a result of a biological reorganization of the brain that led to the emergence of modern human natural languages.

It has been speculated that the FOXP2 gene may be what gives humans the ability to develop grammar and syntax.