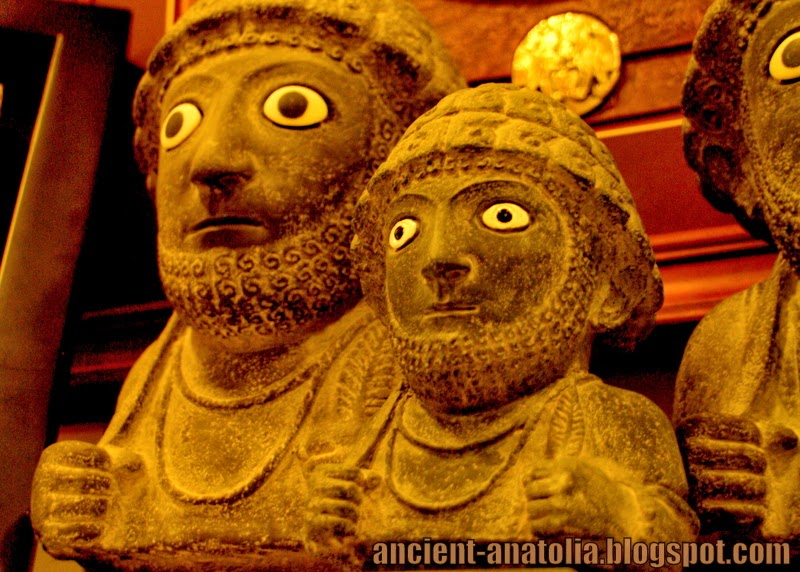 Between 1206 and 1150 BCE, the cultural collapse of the Mycenaean kingdoms, the Hittite Empire in Anatolia and Syria, and the New Kingdom of Egypt in Syria and Canaan interrupted trade routes and severely reduced literacy. In the first phase of this period, almost every city between Pylos and Gaza was violently destroyed, and often left unoccupied thereafter: examples include Hattusa, Mycenae, and Ugarit.

Prior to the Bronze Age collapse, Anatolia (Asia Minor) was dominated by a number of Indo-European peoples: Luwians, Hittites, Mitanni, and Mycenaean Greeks, together with the Semitic Assyrians. From the 17th Century BCE, the Mitanni formed a ruling class over the Hurrians, an ancient indigenous Caucasian people who spoke a Hurro-Urartian language isolate. Similarly, the Hittites absorbed the Hattians, a people speaking a language which may have been of the North Caucasian group.

Every Anatolian site that was important during the preceding Late Bronze Age shows a destruction layer, and it appears that here civilization did not recover to the level of the Indo-European Hittites for another thousand years. Hattusas, the Hittite capital, was burned - probably by Kaskians, possibly aided by the Phrygians - abandoned, and never reoccupied. Karaoğlan was burned and the corpses left unburied. The Hittite Empire was destroyed by the Indo-European speaking Phrygians and by the Semitic speaking Assyrians. The Trojan city of Troy was destroyed at least twice, before being abandoned until Roman times.

The Phrygians had arrived probably over the Bosphorus in the 13th Century BCE, and laid waste to the Hittite Empire (already weakened by defeat at the hands of Kaska), before being checked by the Assyrians. Other groups of Indo-European warriors followed into the region, most prominently the Armenians, Cimmerians, and Scythians. The Semitic Arameans, Kartvelian speaking Colchians, and Hurro-Urartuans also made an appearance in parts of the region.

Robert Drews describes the collapse as "the worst disaster in ancient history, even more calamitous than the collapse of the Western Roman Empire". A number of people have spoken of the cultural memories of the disaster as stories of a "lost golden age". Hesiod for example spoke of Ages of Gold, Silver and Bronze, separated from the modern harsh cruel world of the Age of Iron by the Age of Heroes.

In the specific context of the Middle East, a variety of factors — including population growth, soil degradation, drought, cast bronze weapon and iron production technologies — could have combined to push the relative price of weaponry (compared to arable land) to a level unsustainable for traditional warrior aristocracies. In complex societies that were increasingly fragile and less resilient, this combination of factors may have contributed to the collapse.

The growing complexity and specialization of the Late Bronze Age political, economic, and social organization was a weakness that could explain such a widespread collapse, able to render the Bronze Age civilizations incapable of recovery. The critical flaws of the Late Bronze Age were its centralization, specialization, complexity and top-heavy political structure. These flaws then revealed themselves through socio-political factors (revolt of peasantry and defection of mercenaries), fragility of all kingdoms (Mycenaean, Hittite, Ugaritic and Egyptian), demographic crises (overpopulation), and wars between states. Other factors that could have placed increasing pressure on the fragile kingdoms include piratical disturbances of maritime trade by the Sea Peoples, drought, crop failures, famine, Dorian migration or invasion.

A more speculative theory is Jaynes' bicameralism which claims that the complexity of society at this time called for a large-scale shift in human cognition, from instinctive and religious behaviour to logical reasoning. This is still a fringe theory, but has recently attracted the attention of several scholars and conferences.