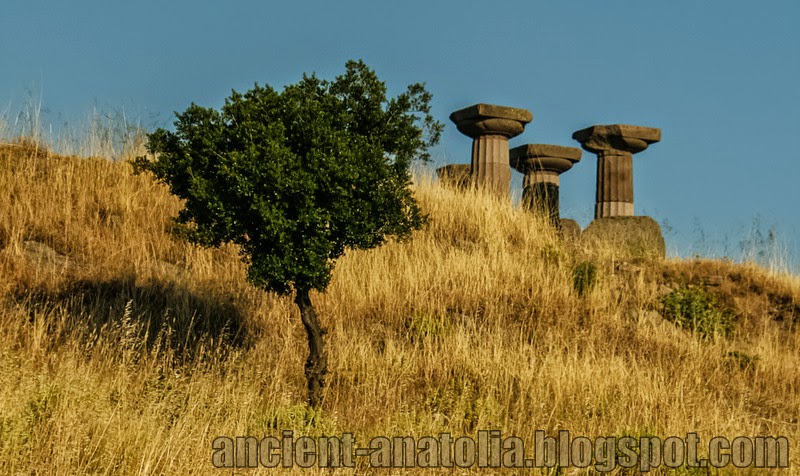 Assos is an Aegean-coast seaside retreat amid ancient ruins continue to be excavated, today known as Behramkale or for short Behram, is a small historically rich town in the Ayvacık district of the Çanakkale Province, Turkey.

The city was founded from 1000 to 900 BC by Aeolian colonists from Lesbos, who specifically are said to have come from Methymna. The settlers built a Doric Temple to Athena on top of the crag in 530 BC. Hermias of Atarneus, a student of Plato, ruled Assos, the Troad and Lesbos for a period of time, under which the city experienced its greatest prosperity. (Hermias was actually the slave of the ruler of Atarneus.) Under his rule, he encouraged philosophers to come to the city.

After leaving the Platonic Academy in Athens, Aristotle accompanied Xenocrates to the court of his friend Hermias of Atarneus in Assos, where he was welcomed by King Hermias, and opened an Academy in the city (c. 347 BC). In the Academy of Assos, Aristotle became a chief to a group of philosophers. There, he traveled with Theophrastus to the island of Lesbos, where together they researched the botany and zoology of the island. There is a modern statue of Aristotle at the town entrance. Aristotle was well known among medieval Muslim intellectuals and revered as "The First Teacher". The word "philosophy" comes from the Ancient Greek word which literally means "love of wisdom".

In metaphysics, Aristotelianism profoundly influenced Judeo-Islamic philosophical and theological thought during the Middle Ages and continues to influence Christian theology, especially the scholastic tradition of the Catholic Church. Aristotle was well known among medieval Muslim intellectuals and revered as "The First Teacher".

Cleanthes of Assos (c. 330-230 BC), was a Greek Stoic philosopher and the successor to Zeno as the second head, scholarch of the Stoic school in Athens. He came to Athens where he took up philosophy, listening to Zeno's lectures. After the death of Zeno, c. 262 BC, he became the head of the school, a post he held for the next 32 years. Cleanthes successfully preserved and developed Zeno's doctrines. He originated new ideas in Stoic physics, and developed Stoicism in accordance with the principles of materialism and pantheism. Cleanthes revolutionized Stoic physics by the theory of tension (tonos) which distinguished Stoic materialism from all conception of matter as dead and inert. He developed Stoic pantheism, and applied his materialistic views to logic and ethics. Thus he argued that the soul was a material substance. He regarded the Sun as being divine; because the Sun sustains all living things, it resembled the divine fire which (in Stoic physics) animated all living beings, hence it too must be part of the vivifying fire or aether of the universe. His pupil was Chrysippus of Soli who became one of the most important Stoic thinkers.

It is possible to see much of the surrounding area on a clear day from the ancient Temple of Athena, built on top of a trachyte crag, nearby Lesbos in the south, Pergamum in the southeast, and Mount Ida of Phrygia in the east. To the north, the Tuzla River flows. 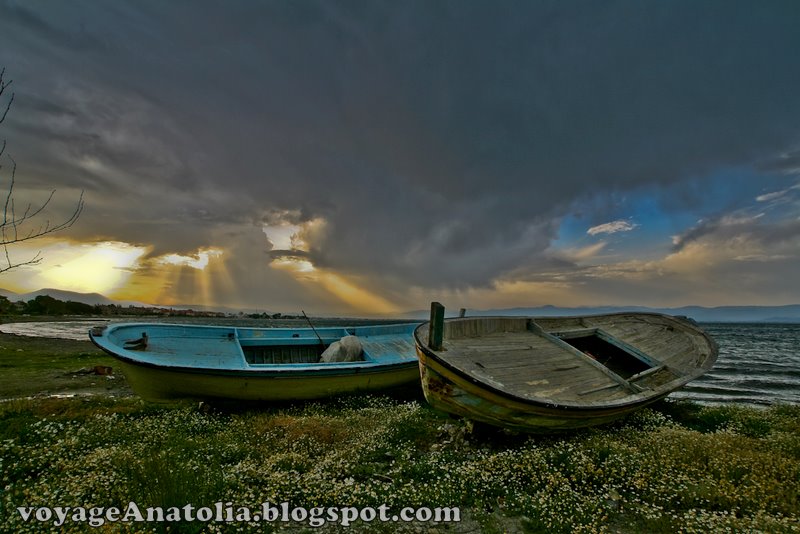 Assos had a harbour, which was the only good harbour on the 80 kilometres (50 mi) of the north coast of the Adramyttian Gulf. This made Assos a key shipping station through the Troad.

St. Paul also visited the city during his third missionary journey through Asia Minor, which was between 53-57 AD, on his way to Lesbos. From this period onwards, Assos shrunk to a small village, as it has remained ever since.

Down the steep seaward side of the hill at the water's edge is the hamlet called İskele (meaning "Pier" or "Wharf"), with old stone houses now serving as inns, pensions and restaurants. There is a small pebbly beach. There are boat tours and tours of the hamlet itself. The narrow road to the hamlet is steep with sheer drops. 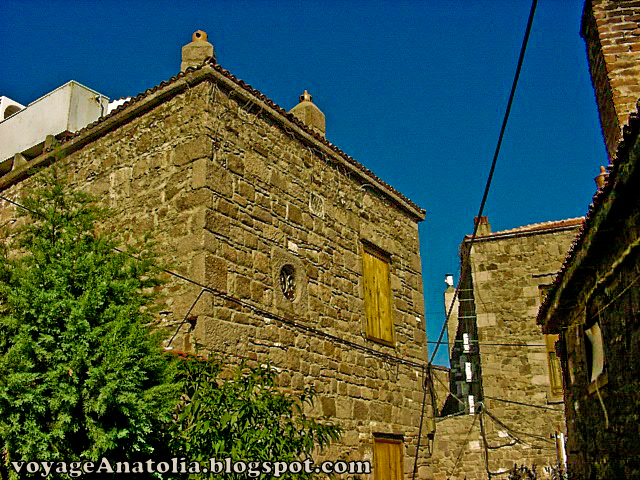