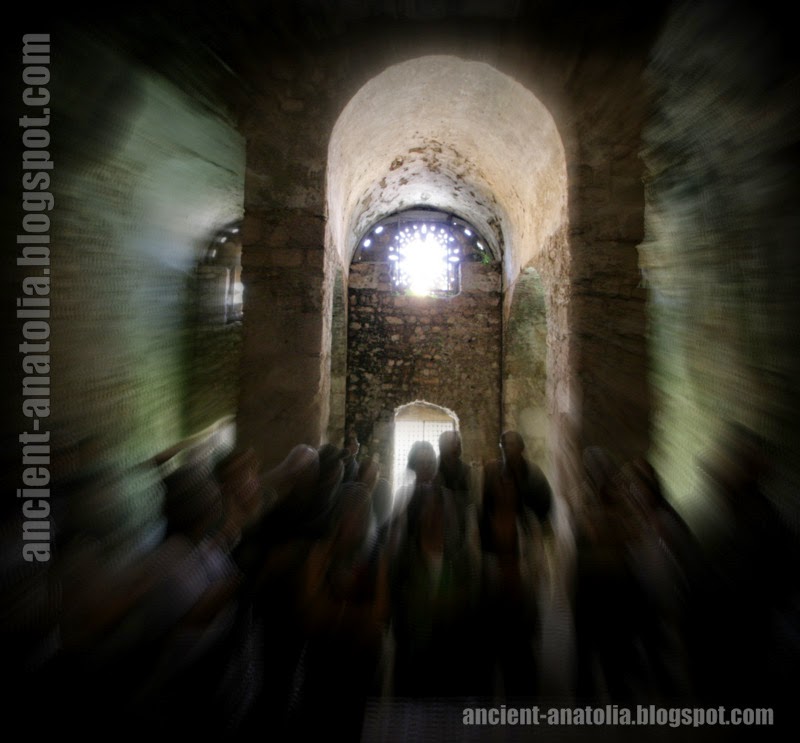 The Church of Saint Peter near Antakya (Antioch), Turkey, is composed of a cave carved into the mountainside on Mount Starius. This cave, which some believe was used by the very first Christians, is one of Christianity's oldest churches. +

Saint Peter, according to the New Testament, was one of the Twelve Apostles of Jesus Christ, leaders of the early Christian Church. The Roman Catholic Church considers him to be the first Pope, ordained by Jesus in the "Rock of My Church" dialogue in Matthew 16:18. The ancient Christian churches all venerate Peter as a major saint and associate him with founding the Church of Antioch and later the Church in Rome, but differ about the authority of his various successors in present-day Christianity.

According to Christian tradition, Peter was crucified under Emperor Nero Augustus Caesar. It is traditionally held that he was crucified upside down at his own request, since he saw himself unworthy to be crucified in the same way as Jesus. +

People of Ya-Sin is the phrase used by Muslims to refer to an ancient community who are mentioned in the Quran as the People of the City or the Companions of the City. +

The Church of Antioch is one of the five major churches that composed the Christian Church before the East-West Schism. +