Bible in the original language spoken by Jesus Christ 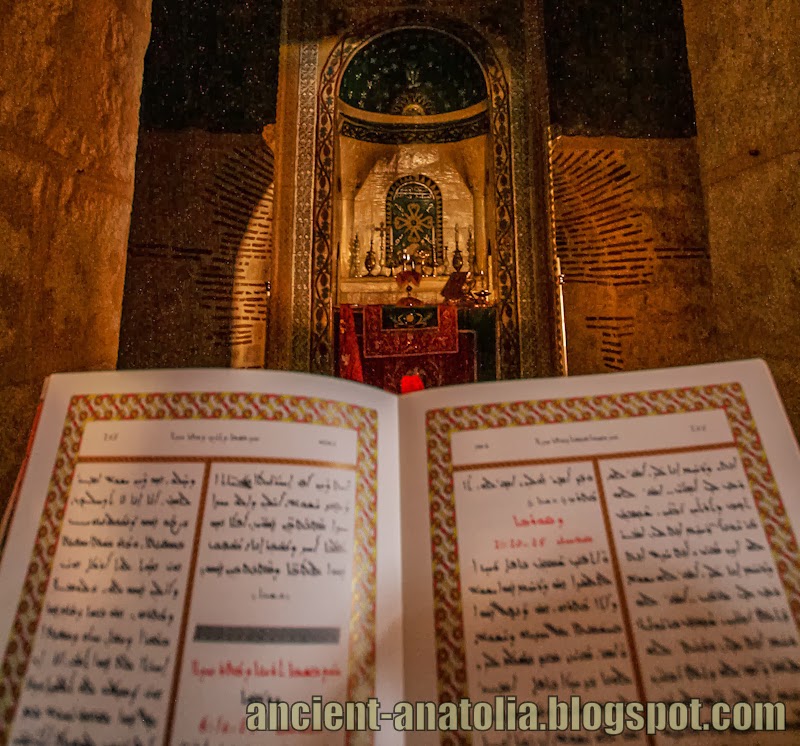 Founded in 397, The Monastery of St. Gabriel , (Dayro d-Mor Gabriel, Deyrulumur) is the oldest surviving Syriac Orthodox monastery in the world. It is located on the Tur Abdin plateau near Midyat in the Mardin Province in Southeastern Turkey.

Aramaic is a Semitic language belonging to the Afroasiatic language family. The name of the language is based on the name of Aram, an ancient region in central Syria. Within this family, Aramaic belongs to the Semitic subfamily, and more specifically, is a part of the Northwest Semitic group of languages, which also includes Canaanite languages such as Hebrew and Phoenician. Aramaic script was widely adopted for other languages and is ancestral to both the Arabic and modern Hebrew alphabets. 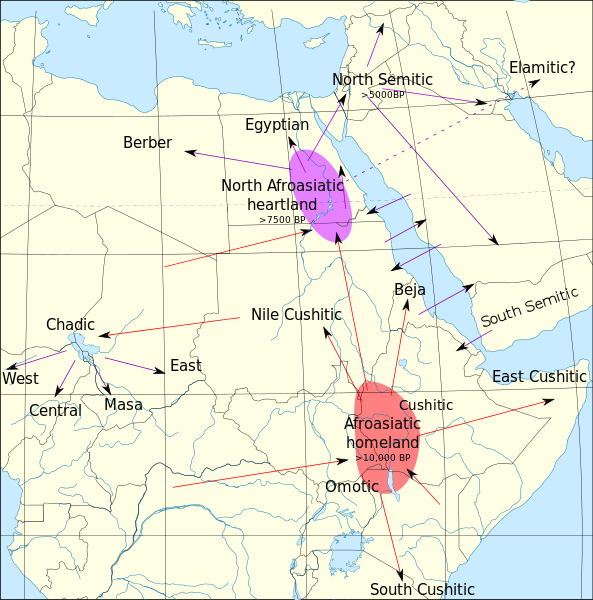 Map showing the popular hypothesis of the expansion of Afroasiatic languages out of Africa. [wikipedia]
More: Origins of human language

During its 3,000-year written history, Aramaic has served variously as a language of administration of empires and as a language of divine worship. It was the day-to-day language of Israel in the Second Temple period (539 BCE – 70 CE), was the original language of large sections of the biblical books of Daniel and Ezra, was the language spoken by Jesus, and is the main language of the Talmud.

The Assyrians, also known as Syriacs, Chaldeans, and Aramaeans, are a distinct ethnic group whose origins lie in ancient Mesopotamia. They are Semitic people, who speak and write distinct dialects of Eastern Aramaic exclusive to Mesopotamia and its immediate surroundings.

Assyrians trace their ancestry back to the Sumero-Akkadian civilisation that emerged in Mesopotamia circa 4000–3500 BC, and in particular to the northern region of the Akkadian lands, which would become known as Assyria by the 24th century BC. The Assyrian nation existed as an independent state, and often a powerful empire, from the 24th century BC until the end of the 7th century BC.

When the Sumerian language was already extinct it is preserved by Babylonians and Assyrians as a liturgical and classical language for religious, artistic and scholarly purposes approximately after the end of the Third Dynasty of Ur, the last predominantly Sumerian state in Mesopotamia, about 2000 BC. Large amount of literary texts and bilingual Sumerian-Akkadian lexical lists survive, especially from the scribal school of Nippur.

As part of the greater Mesopotamian civilization, Assyria (Assur) was, at its height, a highly advanced nation for its time in terms of architecture, engineering, agriculture, economics, civil service, mathematics, medicine, literature, military technology, law, astronomy and libraries/record keeping.

Assyria remained a Geo-political entity after its fall, and was ruled as an occupied province under the rule of various empires from the late 7th century BC until the mid-7th century AD when it was dissolved, and the Assyrian people have gradually become a minority in their homelands since that time.

The Arameans were a Northwest Semitic semi-nomadic and pastoralist people who originated in what is now modern Syria, Biblical Aram, during the Late Bronze Age and the Iron Age. Large groups migrated to Mesopotamia where they intermingled with the native Akkadian (Assyrian and Babylonian) population. A large proportion of Syriac Christians in modern Syria still espouse an Aramean identity to this day, though few now speak the Western Aramaic language.

The Arameans never had a unified nation; they were divided into small independent kingdoms across parts of the Near East, particularly in what is now modern Syria. After the Bronze Age collapse, their political influence was confined to a number of Syro-Hittite states, which were entirely absorbed into the Neo-Assyrian Empire by the 8th century BC.

From the 8th century, the Aramaic language had gradually established itself as a lingua franca of the Empire and entire Fertile Crescent, by Late Antiquity developing into the literary languages such as Syriac and Mandaic. By the 6th century, it had marginalized the Akkadian language so much that Aramaic came to be the imperial language of Achaemenid Assyria. One of key factors contributing to the use of Aramaic was the rise and fall of Assyria; during her rule, deportations, colonizations and interbreeding increased contact between Aramean and Assyrians. Scholars have used the term "Aramaization" for the process by which the Akkadian/Assyro-Babylonian peoples became Aramaic-speaking during the later Iron Age. 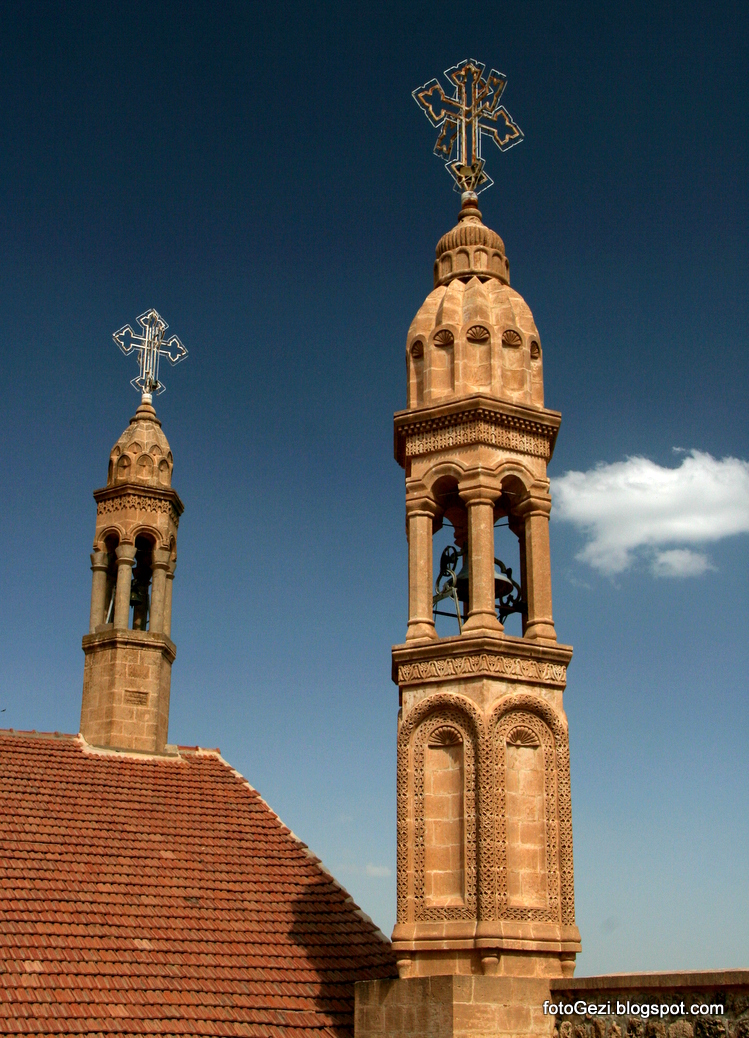