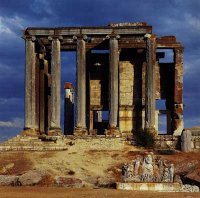 The Alcami
Richard Bayliss of the University of Newcastle, excavations, survey, and computer modeling of a late Roman basilica.

Alishar Höyük
The impact of the Hittite Imperialism is explored at this Anatolian settlement, by Ronald L. Gorny; an abstract from the Bulletin of the American Schools of Oriental Research.

Aphrodisias
Recent excavations at this Greek and Roman period site; report in American Journal of Archaeology by R.R.R. Smith and Christopher Ratté

Aspendos
A brief description of this theater, built ca. 5th century BC.

Atskouri
Excavations by the University of Bilkent, occupation from 6th century BC to the present.

Ayasoluk (Ephesus)
Recent excavations centered on the Mycenaean occupation of this ancient city, an article from Forum Archaeologiae. German and English.

Boghazkoy
A handful of pen and ink drawings of the walls and sculpture of this Hittite capital in the 2nd millennium BC.

Byzantium 1200
Computer generated visualizations of many of the Byzantine structures in Istanbul, by A. Tayfun Oner with descriptions by Albrecht Berger of the Free University of Berlin (Freie Universitat Berlin).

Carchemish
A retrospective of Leonard Woolley and T.E. Lawrence's excavations here; an article in Discovering Archaeology by Brian Fagan.

The Çatalhöyük Project
Excavations at the first urban center in the world, most recently excavated by Ian Hodder of Cambridge University in close collaboration with the Middle Eastern Technical University and Ankara University.
The Mysteries of Çatalhöyük a kid-friendly visit to the site, from the Science Museum of Minnesota.
Focus Multimedia an online article concerning the site.
Deep probing report on a 75-foot-deep trench at Catal begun April 1999.
Çatalhöyük, a visit to the site and discussion of its impact.
The Konya Plain from the University of Liverpool, ongoing survey in the plains around Catalhoyuk.

Cayönü
A neolithic village-farming community, Cayonu was most recently excavated by Robert Braidwood, of the Oriental Institute, and Dr. Halet Cambel, of Istanbul University.

Claros
From l'Espace Culturel, site description and history of this site sacred to Apollo.

Constantinople
Lots of information on the buildings and history of Constantinople, from Robert Ousterhout, School of Architecture, University of Illinois at Urbana-Champaign.
Istanbul: Heritage and the hazards of modernity, an article on the Roman and Medieval aspects of the ancient city, from World Heritage Review.

Deveboynu Tepe
Reported to be the site from which a Greek army first sighted the Black Sea during its flight from the forces of the Persian king Artaxerxes II in 401 B.C. in this news brief from Archaeology magazine.

Göltepe/Kestel
A Bronze Age mining district and the associated town, directed by Aslihan Yener at Columbia.

Gordion
University of Pennsylvania Museum's excavations at the site of the Phrygian capital city.
Alluvial marsh at Gordion, brief abstract on geomorphological work at the city by Ben Marsh in Journal of Field Archaeology.

Hacimusalar
Early Iron Age on the Elmali plain, from the University of Bilkent.
the Hacimusalar Project Kathryn Kennedy, a student A Holy Cross, reports on her 1999 experiences at Hacimusalar.
Hacimusalar Project Home Page from Bilkent University, Ankara, in assocation with the Associated Colleges of the South, DePauw University and the College of the Holy Cross
ACS Archaeology Program includes a Quicktime movie of the site

Hacinebi Tepe
Spindle Whorls, Gender, and Ethnicity at a Late Chalcolithic site, an article by Kathryn Keith in the Journal of Field Archaeology.

Hattuscha/Bogazköy
City of the emperor of the Hethitic culture; excavations directed by the Deutsches Archäologisches Institut.

Hisarlik (Troy)
New excavations at Troy are being conducted in the summer of 1998 by Universität Tübingen / Institut für Ur- und Frühgeschichte und Archäologie des Mittelalters and the University of Cincinnati. In German and English.
ásty und pólis report on recent German excavations, an article abstract in Forum Archaeologiae. German
World Heritage site newly named by UNESCO
Hissarlik, part of a series on Homer's Troy

Kazane Höyük
From SUNY at Binghamton and Bryn Mawr College, field research in the Halaf period levels (5th through 3rd millenium BC).

Kerkenes
From the British Institute of Archaeology at Ankara, excavations and survey at the imperial city of the Medes.

Kilise Tepe
University of Cambridge's McDonald Institute for Archaeological Research, a small but important, multi-period site controlling a major route between Western Cilicia (and the Mediterranean) and the central plateau, and dominating a rich agricultural enclave in the Göksu valley.

Kinet Höyük
From the University of Bilkent, research at this site, with occupations dated to Neolithic, Chalcolithic, Bronze and Iron Ages and the Hellenistic period.

King Midas' Tomb
A brief article on research by the University of Pennsylvania at the tomb of the Phrygian leader, in Discovering Archaeology.

Liman Tepe
Excavations by Ankara University, inhabited from the Neolithic through Classic Period.
Liman Tepe a "site of the month" described for assemblage by Peter Tomkins.
Liman Tepe from Focus Magazine.

Mugla
From the Friends of Akyaka, textual descriptions of the major archaeological sites in Mugla region.

Pinarbasi
Excavations by the University of Edinburgh and the Karaman Museum; extensive information on the sites in the Karaman region, beginning possibly as long as 10,000 years ago.

Sinope
From l'Espace Culturel, an amphora production site, in use from the 3rd century BC through the 5th century AD.
The Black Sea Trade Project from the University of Pennsylvania.

Tektas Burnu
Institute of Nautical Archaeology investigations of a 5th century BC shipwreck off Turkey's west coast; an article in Antiquity.
The Classical Greek Shipwreck of Tektas Burnu a page on the wreck from Texas A&M.

Tell Atchana
Middle and Late Bronze Age tell excavated during the 1930s by Woolley, and additional investigations during 2000 by the Oriental Institute in Chicago.

Tell Kurdu
From the Oriental Institute, reports from excavations at this Chalcolithic site in the Amuq valley.

Tell Mozan
From Archaeology Odyssey, an article on the recent identification of this site with the ancient Hittite capital of Urkesh.

Tell Ta'Yinat
Iron Age site in the Amuq Valley excavated by Leonard Woolley during the 1930s and being studied anew by the Oriental Institute.

Titris Höyük
Early Dynastic III and Akkadian period occupation, excavated by Timothy Matney and Guillermo Algaze, an abstract from the Bulletin of the American Schools of Oriental Research.

Tumulus MM
A reinterpretation of "Midas' Bed" as a royal Phrygian funeral, an abstract from the Journal of Field Archaeology.

Ulucak Höyük
From the Archaeological Museum of Izmir and Ege University, excavations at this site near Ankara, containing Chalcolithic through Early Bronze Age occupations.

Van-Ayanis
Medieval and Iron Age fortress, excavated by the Archaeological Museum of Izmir and Ege University.

Yassi Ada
From the Turkish Ministry of Culture, a description and pictures of the various underwater resources of this island in the west of Bodrum (English, Turkish, Russian, and German versions).

Zeugma
After the Flood: from Archaeology Odyssey, an article on this ancient Roman villa on the Euphrates River, under excavation ahead of a dam project which will destroy the site.
Zeugma A capital city of the allied kings of the Roman Empire, now threatened by flooding and looting. From David Kennedy at the University of Western Australia